A video showing unboxing of unreleased and most hyped VR headset Meta Quest Pro has become viral. The Quest Pro Leak is exactly 1 month before its official launch in Meta Connect 2022 slated to held on October 11, 2022.

As of now, we have its render image, sneak peek and now the video. Is this a publicity student or an accident?

We here at MetaverseTroop, try to find answers to this question with relevant fact and images.

In Meta Connect 2021, Meta announced Project Cambria- the fancy secret mission name for the next successor of Oculus Quest 2. Occasionally few drips of official notification would be released to create a hype among the tech industry and enthusiasts.

Later, we came to know that Project Cambria was not a direct successor of Oculus Quest 2 but an incremental VR product of Meta. We got some information in its capabilities and functions like

Later we came to know the VR device built under Project Cambria will be known as Meta Quest Pro.

The render video of Quest Pro was out after the announcement of Project Cambri in Meta Connect 2021. This is the first Quest Pro Leak .

You can see the render video here.

He put up a Facebook post regarding Meta Connect 2022 with an image of him wearing a Quest Pro headset. This is another Quest Pro leak.

In Joe Rogan Experience’s Podcast  Mark Zuckerberg revealed that the wait for Meta’s next VR headset is almost over. He confirmed that it will arrive in October.

The video leak was a huge Quest Pro leak. As per latest news coming about Meta Quest Pro video leak, the online leaker found the unreleased VR headset in a room at the hotel he works at. He made a video of unboxing and photos on Facebook.

Later, it was found that the online leaker- Ramiro Cardenas originally shared images in the comment section of the Oculus Quest 2 Facebook group. The photo he shared shows many packaged Meta Quest Pro.

He later made a video of its unboxing and shared it on all social media platforms and blogs. The video reveals the package was labeled as “Meta Quest Pro” and it was an engineering sample and not for resale.

The Quest Pro in the video shows it was black VR headset with 2 black hand controllers. The design was much alike of its veneers revealed. It had 3 cameras at the front and the controller was a much updated design. The is no hollow in its controller like its predecessor.

All the samples  of Meta Quest Pro were handed over to the original owner.

As per the latest news, the bag of Quest Pro was found in the hallway, outside the room in the hotel. It was mistaken to be trash. Later the guest complained to the hotel authority that a large blag bag was lying in the hallway.

WAS THE META QUEST PRO LEAK A PUBLICITY STUNT OR ACCIDENT?

We will put some major points on Quest Pro leak videoand you can yourself get answers to this question. 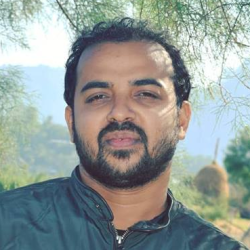